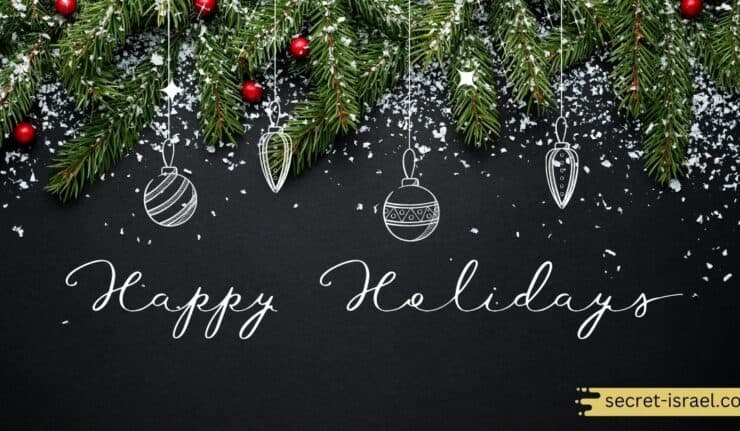 December is a time of joy and celebration in Israel, as the country marks several important holidays during the month. From the lighting of the menorah on Hanukkah to the singing of carols on Christmas, Israel truly comes alive during this special time of year.

In this blog post, we’ll take a closer look at some of the December holiday celebrations that take place in Israel, including their origins, traditions, and how they’re celebrated today. So grab a cup of hot cocoa, and let’s dive into the festive spirit of December in Israel!

December is a time for celebration in Israel, with several holidays being observed throughout the month. From Hanukkah, the Festival of Lights, to Christmas Day, there are many festive occasions to be enjoyed during this special time of year.

As well as marking important religious festivals, December is also an opportunity for Israelis to come together and celebrate their shared culture, customs, and traditions. Here, we will take a look at some of the most significant Israeli holidays celebrated during December and how these are traditionally celebrated.

Also known as the Festival of Lights, is an eight-day Jewish holiday that commemorates the miracle of the oil that burned in the Temples’ menorah for eight days. It starts on the 25th of Kislev on the Hebrew calendar, usually falling in December. 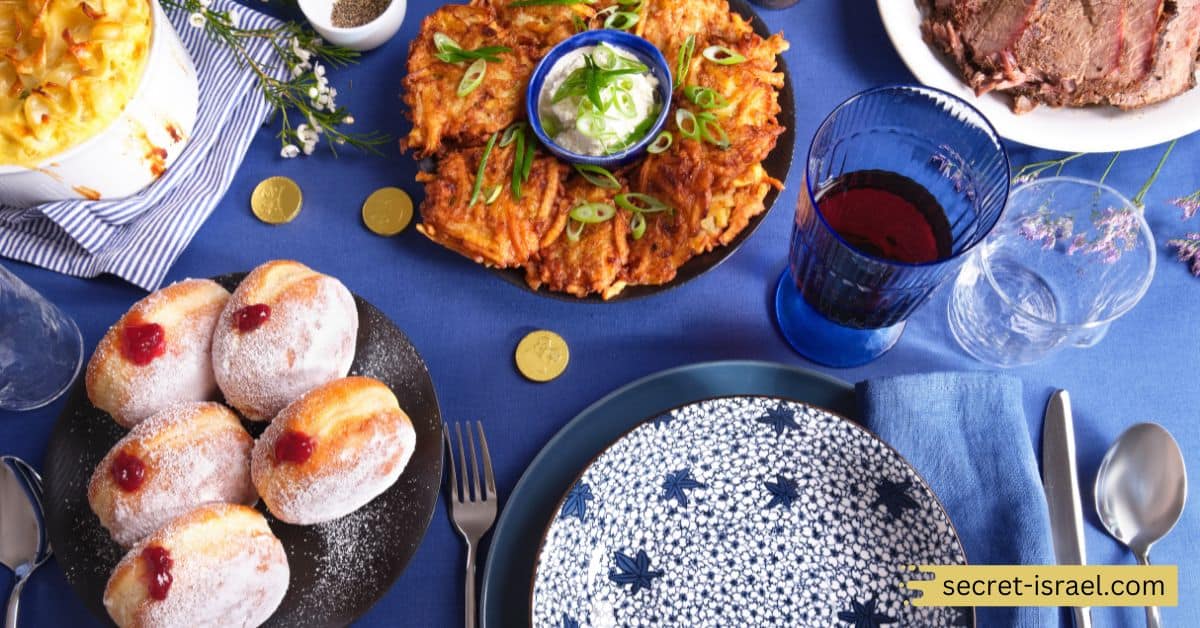 These are made by grating potatoes and onions, and then frying them in oil. This is a nod to the miracle of the oil that burned in the Temple, as the latkes are traditionally fried in oil. They are usually served with sour cream or applesauce on top. 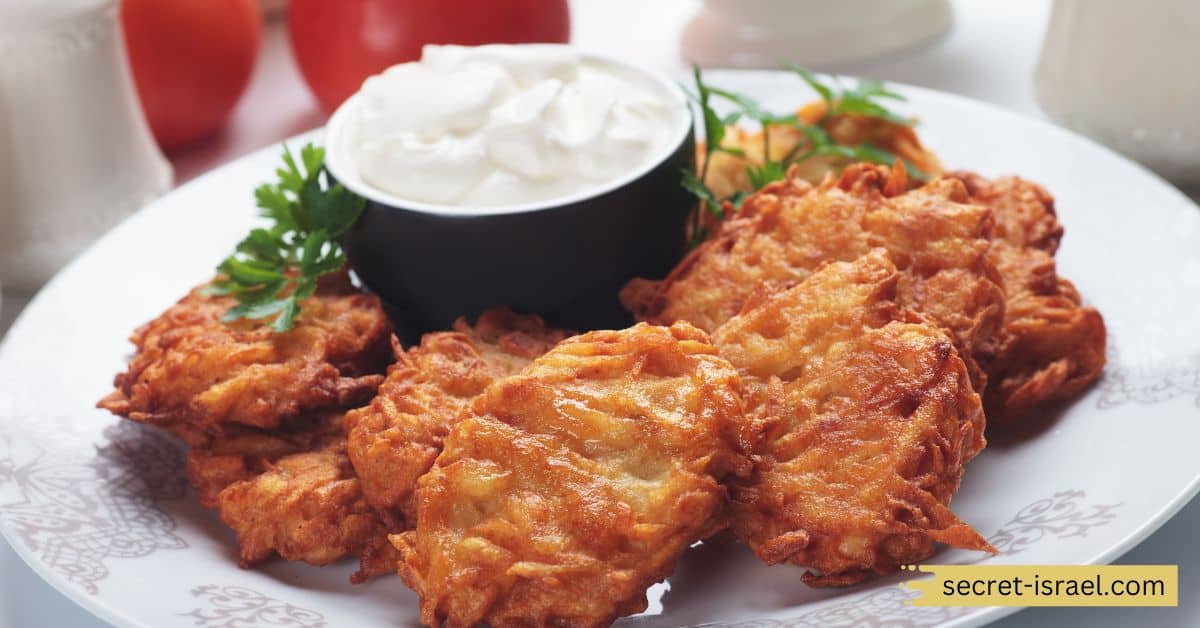 These are jelly doughnuts these round treats are also fried in oil and filled with jelly or custard. They are usually served dusted with powdered sugar. Sufganiyot are becoming a traditional Hanukkah food in Israel, where you can find them being sold in bakeries and street vendors during the holiday season. 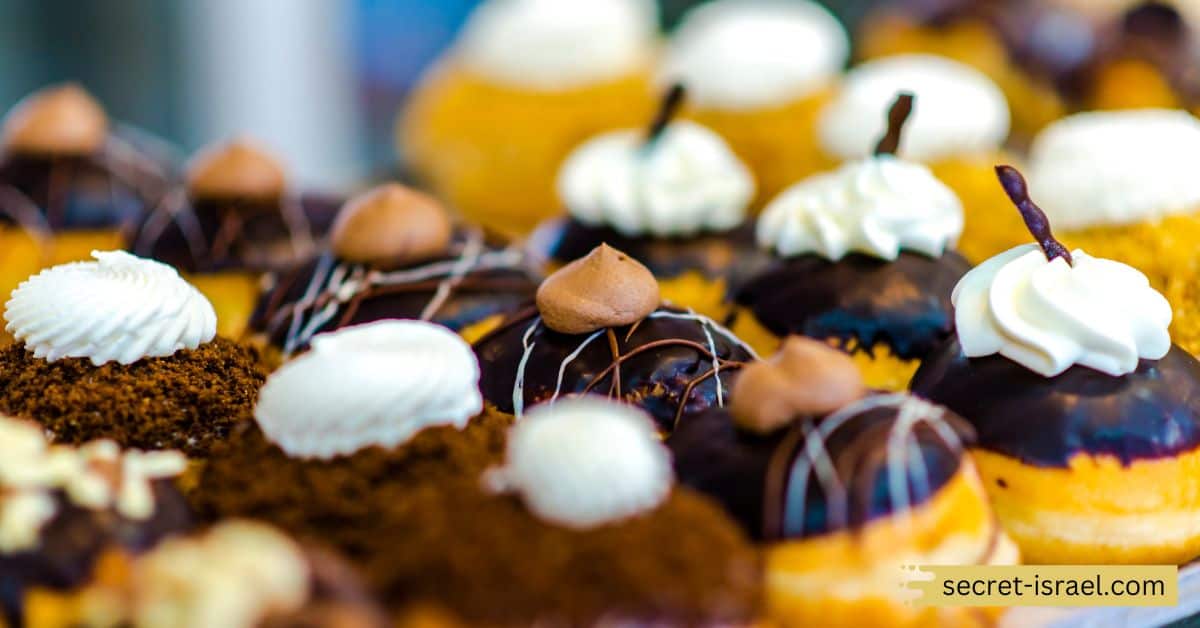 Brisket is a flavorful and tender beef cut that has become one of the most popular foods served during Hanukkah. Prepared in unique ways by different cultures, this protein-packed dish is often served with traditional sides such as potatoes and carrots or roasted vegetables like red peppers and garlic. 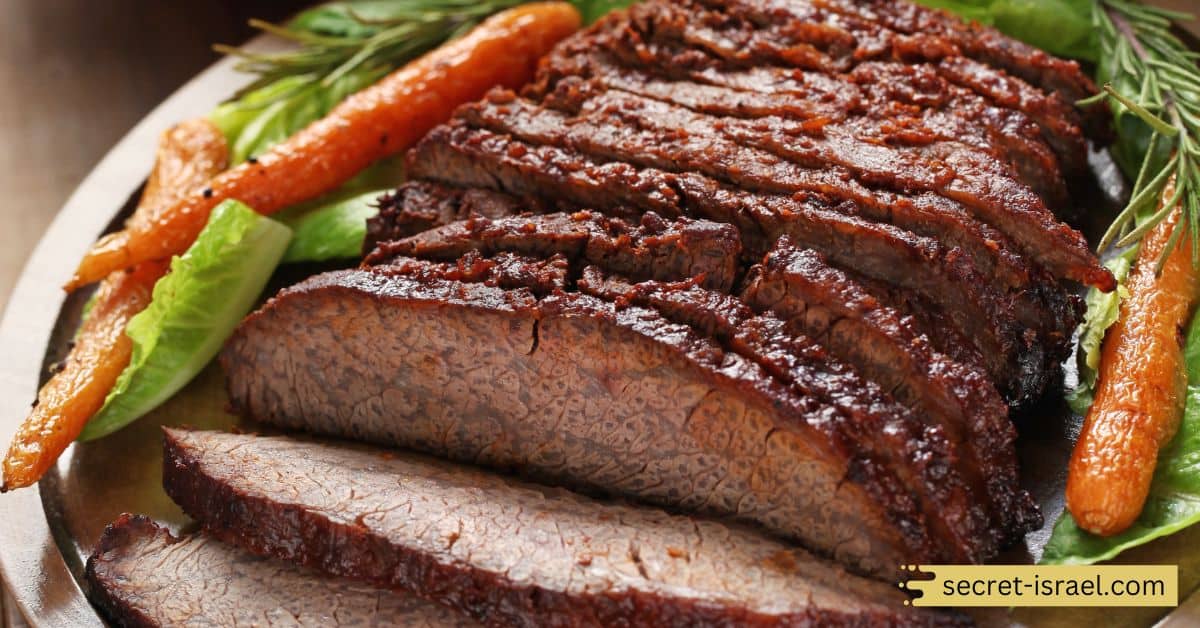 Deliciously juicy when slow-cooked in a rich sauce, brisket makes for an unforgettable main course whether it’s shared amongst the family at a holiday celebration or enjoyed alone for dinner. It also goes wonderfully with other Hanukkah classics such as latkes and fried doughnuts filled with jelly or cream – making it the perfect centerpiece of any festive meal!

An annual holiday favorite, Chicken Soup is one of the most beloved foods served at Hanukkah. It symbolizes spiritual nourishment and has become a beloved Hannukah tradition that can be found all around the world. Israelis serve a variation of their classic golden broth with pieces of chicken and/or vegetables, sometimes spiced up with traditional Middle Eastern seasonings like turmeric, cardamom, and coriander. 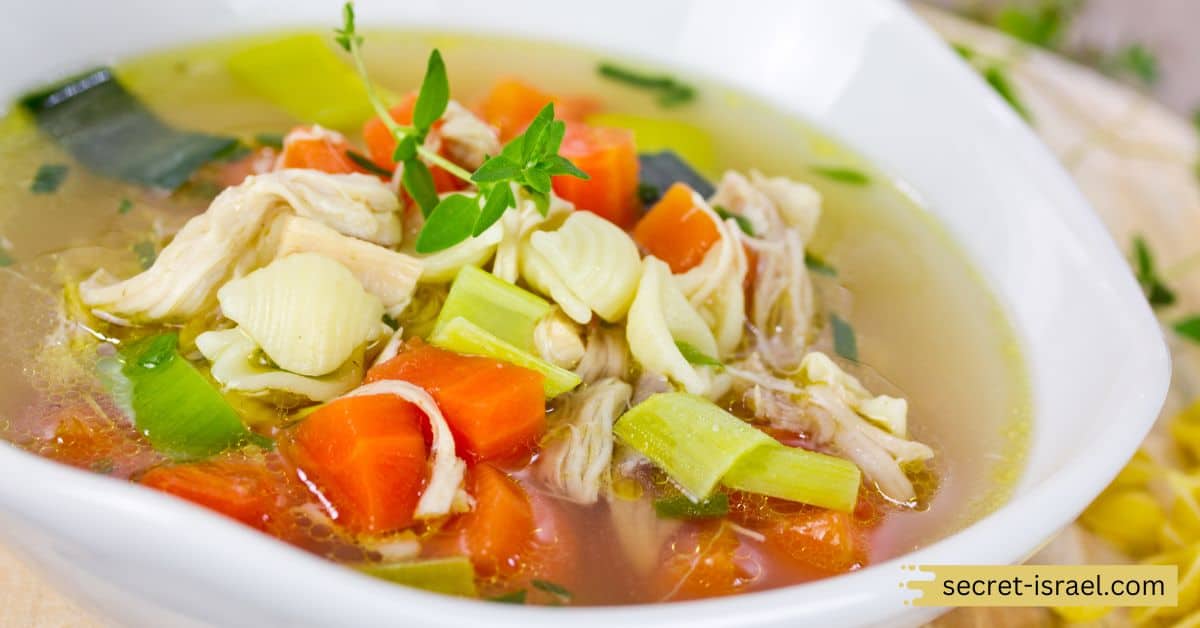 Matzo balls, small dumplings made from ground-up crackers, are often added to give the soup substance. Additionally, cabbage is often used as an aromatic element in many recipes to bring out the sweetness of the vegetables in the broth. This comforting dish brings together families and friends for the holiday season and is sure to fill your appetite for this time-honored tradition!

Kugel (A Sweet or Savory Pudding)

Kugel has been a popular Hanukkah food for many years. A kugel is a type of baked pudding or casserole; it is usually made with egg noodles or potatoes combined with onions, eggs, and spices. It is traditionally served during the holiday of Hanukkah but can be had year-round in some places. This type of dish not only serves as comfort food for many families but also symbolizes the commemoration of the Maccabees’ victory over the Syrian army long ago. 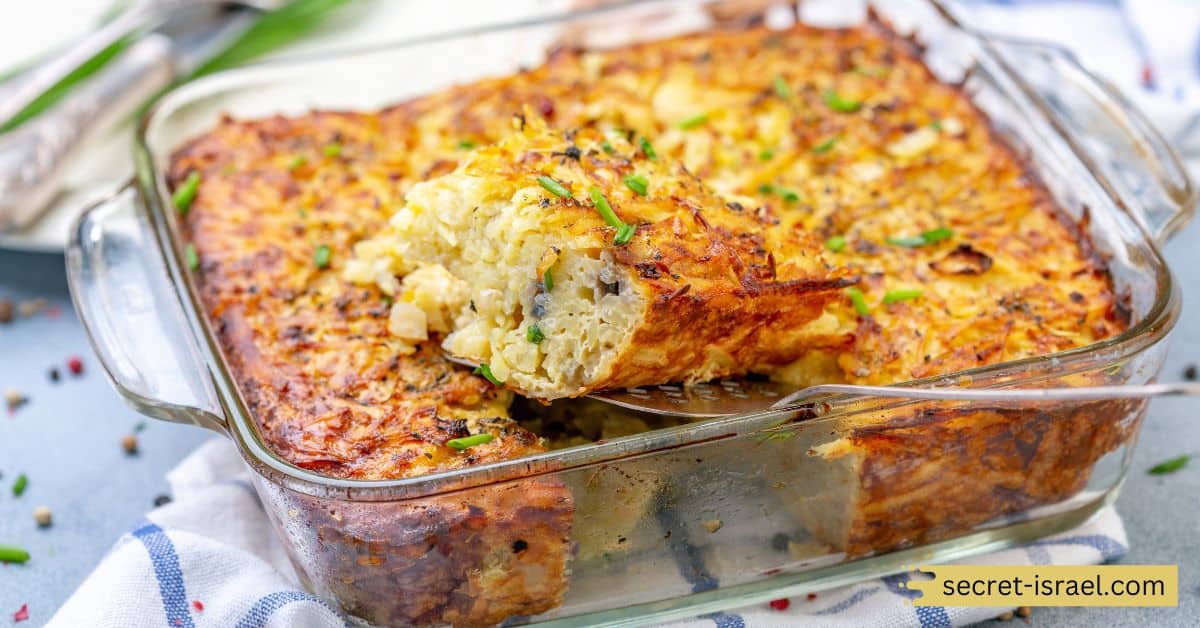 It’s worth noting that the classic noodle kugel is just one variation – you can find everything from herb-roasted vegetable kugels to sweet knishes at festive feasts. All in all, it’s a classic delight that most people will look forward to indulging in every Hanukkah season!

These foods are not only delicious but also hold significance and serve as reminders of the miracle of the oil that burned for eight days, which is being celebrated during Hanukkah. Eating these traditional foods is one of how people celebrate the holiday and keep the traditions alive.

Is celebrated by Christian communities in Israel, particularly in cities such as Jerusalem and Nazareth. This holiday commemorates the birth of Jesus Christ and is celebrated with carols, church services, and festive meals. The city of Bethlehem, believed to be the birthplace of Jesus, is particularly popular during this time as many people come to visit the Church of the Nativity, which marks the spot where Jesus is believed to have been born. 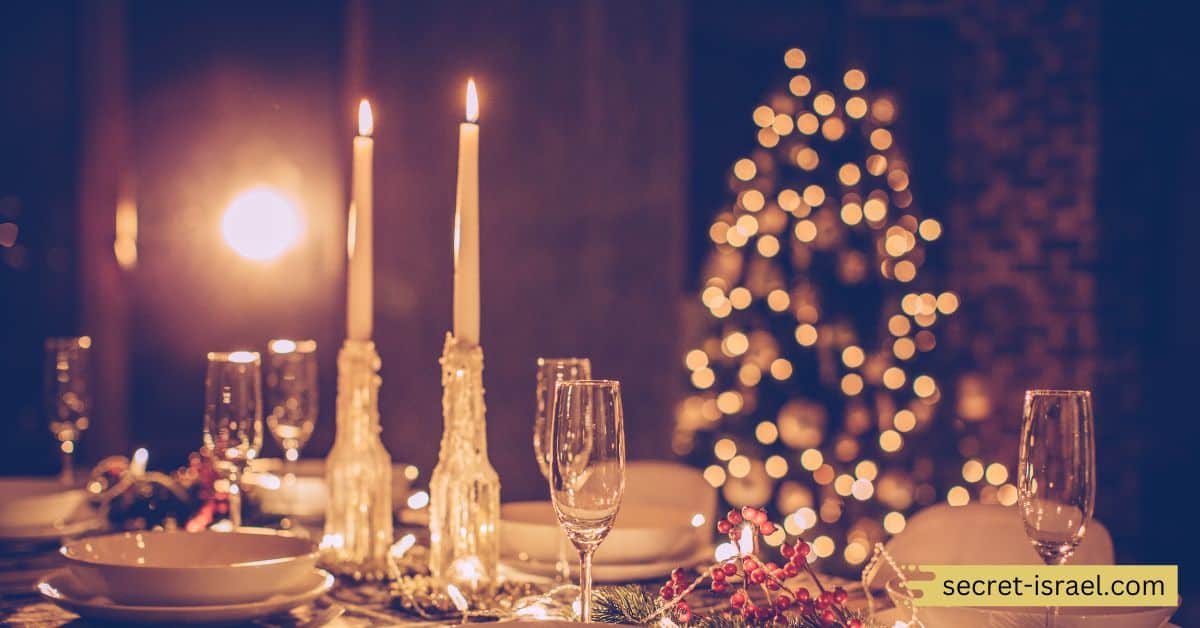 Christmas in Israel typically begins with the lighting of the Christmas tree in city squares, public places, and churches. Many churches hold special services and masses to mark the occasion, which often features carols and hymns, as well as readings from the Bible. These services are usually decorated with Christmas lights and decorations such as holly, mistletoe, and wreaths.

In Jerusalem and Nazareth, there are also many cultural activities that take place during the Christmas season, such as Christmas markets and parades. These offer a great opportunity for visitors to experience the unique atmosphere of Christmas in the holy land.

Overall, Christmas is celebrated in a very similar way as in most Western countries, with a focus on religious services, family gatherings, and festive meals. However, the celebration takes on a unique flavor due to its location in the holy land and its presence among the different religious communities.

Christmas in Israel is a truly unique experience, especially for food-lovers. Throughout the country, there are many dishes that have become staples of the holiday season – none more popular than roast turkey. Made with a blend of local Mediterranean ingredients like garlic, paprika and onions, it’s no wonder why this dish has gained such traction over the years. 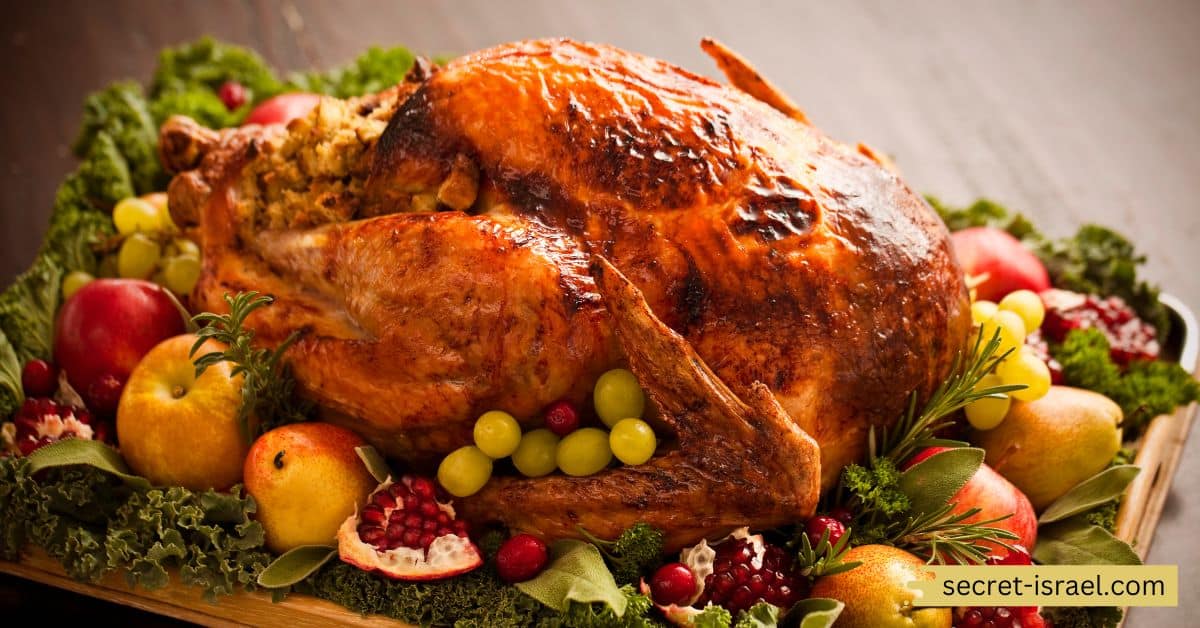 It’s served warm with traditional accompaniments like mashed potatoes and roasted vegetables, making it the perfect centerpiece to any Christmas dinner in Israel. Whether you celebrate Christmas or not, roast turkey remains one of the most popular traditional dishes in Israel throughout December and January – something to be savored by all!

A traditional Israeli Christmas dish is roast beef, or gavnit. Recognizable by its crisp outsides and juicy centers, it is usually flavored with a mix of spices that can vary depending on region. In some areas, the spices used may include cinnamon, cloves, garlic powder, onion powder and cumin. This popular dish often appears at both family gatherings and holiday celebration meals. Though the recipe calls for roast beef, substitutions like lamb or veal are commonly used for a change in flavor profile. 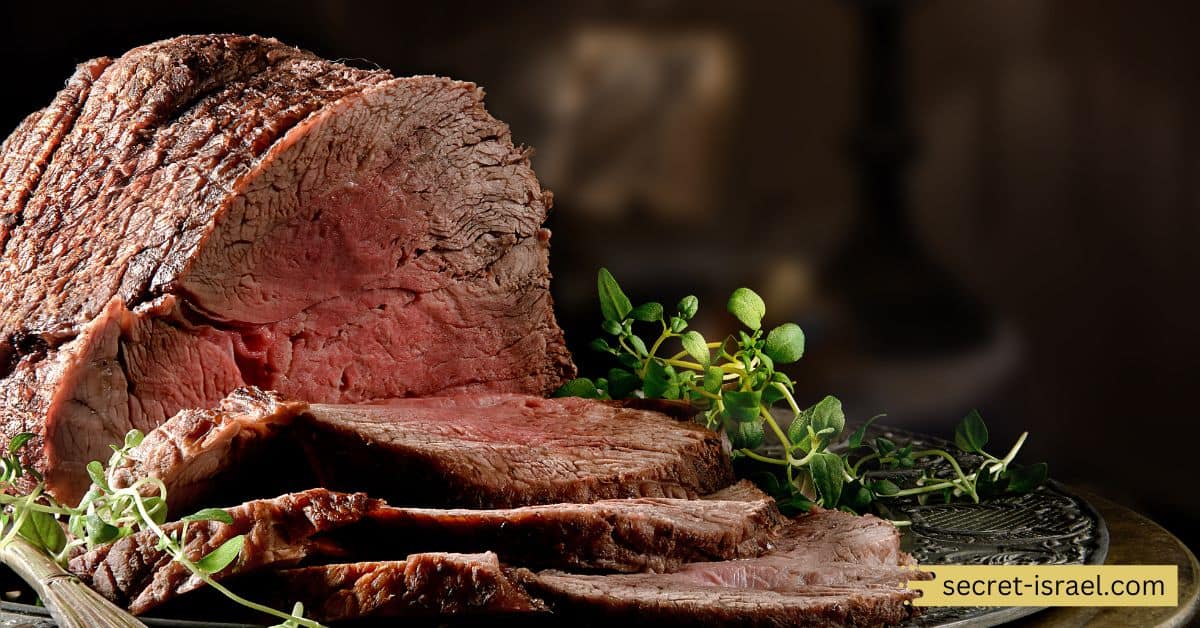 The festive meal would not be complete without sides dishes like steamed vegetables, mashed potatoes or sweet breads. With each family having its own unique recipe for this traditional Jewish dish, every table filled with roast beef is sure to bring delight to all gathered around it during the Israeli holiday season!

Israeli Christmas traditions are unique and exciting, with their own special dishes that lend a unique flavor to the holiday season. If you’re looking to add something different to your plate this Christmas, you should try out Israeli Christmas pudding! This traditional dessert is made from eggs, dried fruits, and nuts that are boiled in a sweet syrup to present a delectable treat. 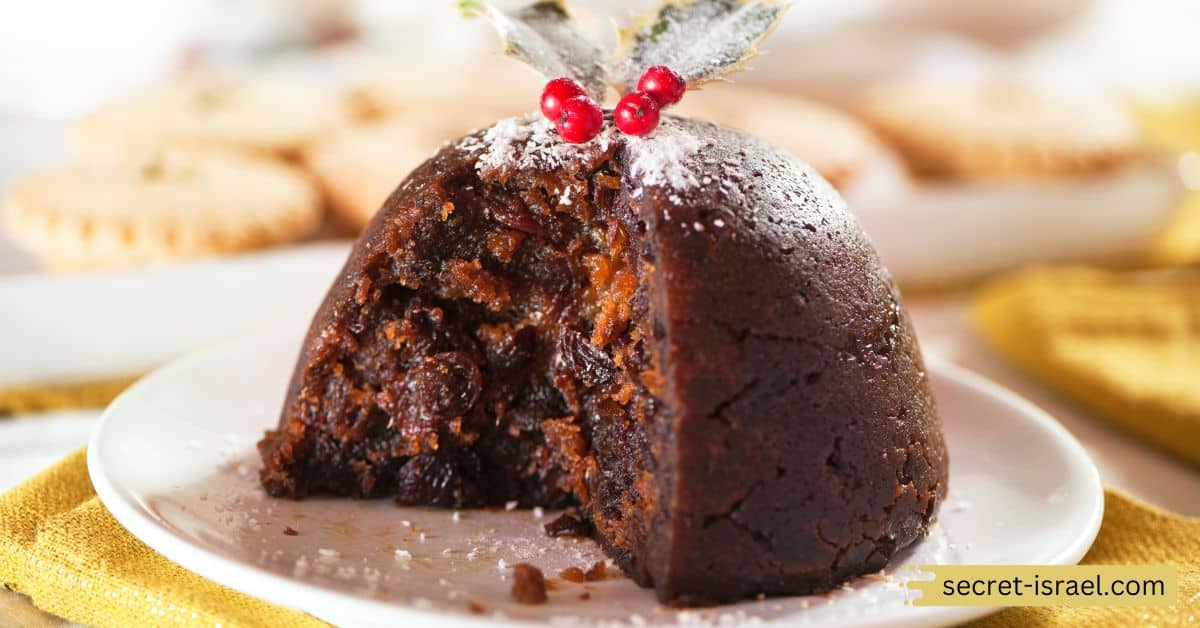 While it may not contain all the same ingredients as other Christmas puddings around the world, there’s no denying that its delicate flavors will keep you coming back for more. Enjoy a taste of Israel during the holidays with some tasty Christmas pudding!

The Israeli expression for Christmas, which is Yule, is a widely celebrated holiday across the country – and just like any other Christmas celebration around the world, that includes traditional dishes. In Israel, one of the most popular dishes is gingerbread, traditionally shaped into little men. 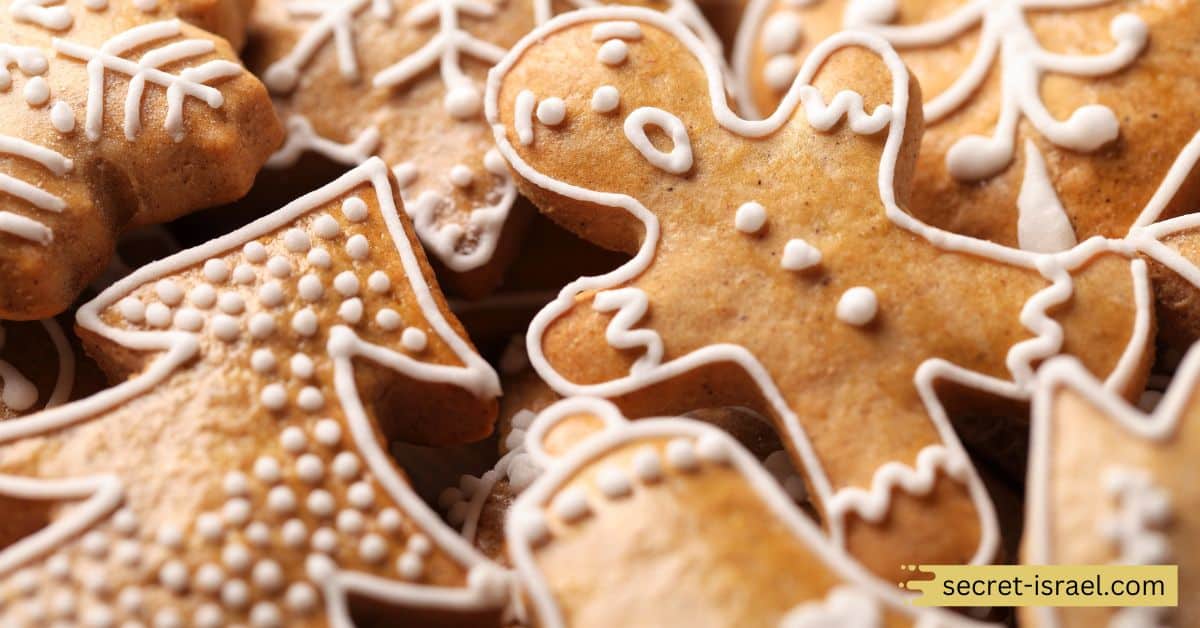 This unique version of gingerbread gets its specific flavour from the addition of orange juice and spices like cardamom, coriander, cloves and nutmeg, giving it a unique taste that blends perfectly with every bite. When it’s served during Yule dinner in Israel, everyone can appreciate how delicious this simple holiday treat can be.

These holidays serve as a reminder of the diversity and richness of Israeli culture. They bring people together from different backgrounds and religions, to celebrate and share their traditions. The holidays highlight the importance of preserving the environment and promoting sustainability.

The food, traditions, and decorations that are part of these celebrations, serve as a way to keep the traditions alive and pass them on to the next generations. December holiday celebrations in Israel are a time of joy, reflection, and unity that leaves a lasting impact on all those who participate.