where to stay in Jerusalem

So you decided to travel to Israel, and it is impossible to miss Jerusalem’s capital city.
Now what is left is to understand is where are the area or neighborhood will be most suitable for us.
So before we get to the recommendations themselves, we have gathered for you some information about the recommended areas of the city :

The Old City of Jerusalem is surrounded by a wall and hosts sacred sites such as the Western Wall, the Muslim Dome of the Rock, and the Holy Sepulcher’s Church from the fourth century.
This is where you can see the holiest places for the Jews, Muslims, and Christians.
For those who want to be close to the Old City, our recommendation is not to sleep inside the Old City but near it.

Downtown Jerusalem, the center of the metropolis, is the place for you to look for nightlife, dining, and culture.
The Mahane Yehuda Market is also here, and the neighborhood Nahalat Shiva, Ben Yehuda, and Yafo Streets.
This is the best option for those who want to be in the center of things.

A small neighborhood located between the city center and the old city with many historical and cultural buildings.
Today, the Musrara neighborhood serves as a center of cultural and artistic institutions.
The neighborhood has an art and film school, and the area itself manages to retain its charm despite the city’s development.
Musrara is recommended for culture and history lovers.

The neighborhood was built by German members of the Templar sect in 1873, as the fifth of the eight colonies built by the Templars in Israel.
The German Colony is a pastoral spot in Israel’s capital, a Central European village in Jerusalem’s heart.
You can find hare restaurants and boutiques, and trendy hotspots.
The German Colony is the Best Neighbourhood for Families in Jerusalem

Ein Kerem is more of a village than a neighborhood; you will find here green nature spaces, charming views, magical corners, Arab stone houses, churches, and monasteries,
interesting historical sites, galleries, small and special boutique shops, good cafes and restaurants, and designed hotels.
Ein Karem is suitable for those who are looking to be close to the big city but enjoy the feeling and tranquility of a village 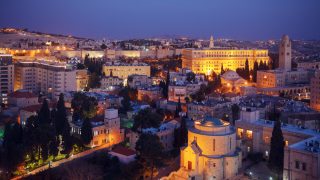 Best Places to Stay in Jerusalem

Jerusalem is a must stop for anyone traveling to Israel. But you already know that that’s why you’re... 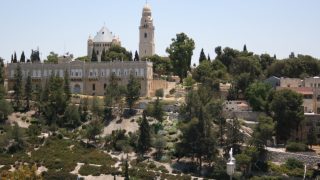 The 5 Best Boutique Hotels in Jerusalem

Jerusalem is a wonderful city to be in if you’re a fan of architecture and appreciate beauty. The...