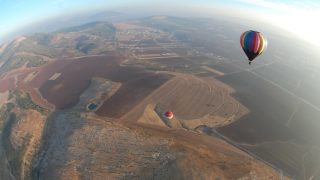 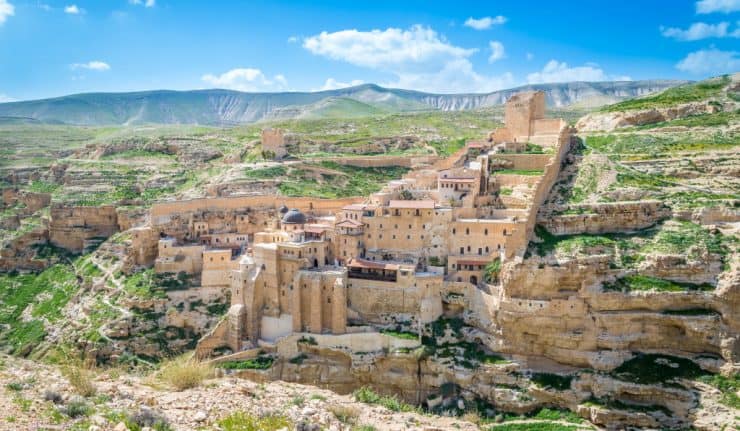 This is a mind-blowing cliff-hanging monastery and it is among the oldest churches in the world. It is also among the most inspiring churches in Israel and it is a great destination to go for desert and archaeological lovers. The church was established in the fourth century by some monks that want to learn about the lifestyles and desert stories of John the Baptist and Jesus. The monks then eventually settled on the spot around the cave where the locals believed the prophet Elijah was fed by ravens.

This monastery was then demolished by the Persians and the Crusaders then rebuilt it before it fell into ruin. In 1878, a Greek monk, Kalinikos came to like in the monastery which then helps the church to look like its former glory. Kalinikos then finished the renovations of the monastery in 1901. You are going to find some Greek Orthodox monks that live in this monastery till today and they welcome visitor. This monastery is considered as a place of worship and if you are planning to visit, you should avoid wearing shorts.

This monastery is considered to be the greatest of all the ancient monasteries that surround the wilderness of the Judean Desert. The church can be found hanging dramatically down the cliff edge of a deep ravine. The monastery features a grey-domed Greek Orthodox complex which was built during the 5th century by St Sabas who is a monk from central Turkey. It then fell into ruin after a major earthquake before it was later largely rebuilt in 1834. It can be found 15km east of Bethlehem in a remote location and it used to accommodate over 300 monks during its heyday. Although it is still a functioning desert monastery, the monks here are now about 20.

Mar Saba is ranked with St Catherine’s Monastery located in Egypt’s Sinai Peninsula to be among the oldest inhabited monasteries in the world. This monastery offers an insight into the age-old tradition of the holy people to leave behind the worldly distractions and just go seek God in the solitude of the desert. One of the most notable traditions of Mar Saba tradition is the exclusion of women visitors. The women are only allowed to look over the complex from a viewpoint known as the Women’s Tower that was constructed based on the tradition that St Sabas’ mother was also not allowed to enter the monastery.

share on: FacebookTwitterPinterest
Email
Email check failed, please try again
Cancel
previous article
Top things to do in Jerusalem
next article
What To Do in Haifa