If you live on the edge and you plan to visit Israel, these are some of the extreme activities you can do here.
Some of them are unique to Israel, and some are the only of they kind in the world!

Flying ATV – Center – Netanya
Bakai is the name of the tool that looks like a combination ATV and parachute with an engine; in Israel, you can do this activity mainly in the center and north.

Sledding sand dunes – South – Tlalim
A relatively new activity in Israel That Imported from South America to the sands of the Negev in the south.
The Surfing takes place on special surfboards and takes place near Kibbutz Tlalim, about half an hour from Beer Sheva city.

Diving with sharks – North – Hadera
In the sea of Hadera, water is used to cool turbines and that
creates a flow of hot water into the Mediterranean Sea, which attracts sharks to the area, especially pregnant ones.
There’s one “crazy” company that allows you to dive with the sharks! diving trips to the area where the sharks arrive

Diving in the dead sea
Diving in the Dead Sea is a complex activity designed for diving experts only; in this activity, you will see a landscape that seems to have been taken from out of space and attracts specialized divers from all over the world.
To sink in the Dead sea necessary for special exercise and equipment.

Kayak at the Dead Sea
A kayaks tour at the Dead Sea is a unique experience where you can see special natural phenomena, wondrous landscapes, and unique salt forms to the lowest place in the world, such as salt drips. , Mineral and salt walls, springs, and islands of salt. You can also wash and float in the Dead Sea and spread in the mud.

Extreme Driving – Center – Shefayim
A race track where you can show off your sports driving skills and drive a rally vehicle accompanied by a professional driver.

rappelling in Israel – North & South
Climbing the cliffs is known as rappelling, which is a technique of high climbing through ropes. The activity developed out of cliff climbing.
In Israel you can do it in a wide variety of places, from the south to the north. we recommend two places that are considered by many to be the best and the most beautiful:
Rappelling in Mitzpeh Ramon
Rappelling in Rainbow Cave

Snowboard – North – Hermon site
Although most of Israel is desert, there is a mountain range that in the wintertime covers in white and becomes a Snow skiing destination.
Mount Hermon is usually filled with snow in January and February and can be surfed on snowboard skis .

Skydiving – North & South
Have you ever dreamed of flying like a bird? Skydiving is the closest you will come to it, in Israel you can do it in the south and north .
Skydiving in south of Israel
Skydiving in north of Israel 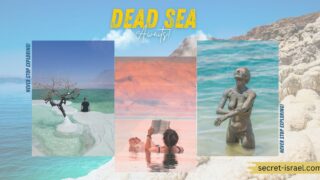