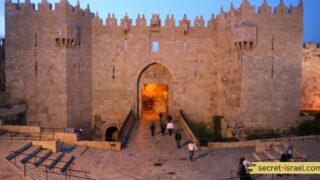 Jerusalem is a city with great history and it balances its thrilling past with the present. The city is filled with a plethora of historical and cultural attractions that you can explore. The best thing is that the city is compact which means you can explore it on foot. The city is a great place to go whether you are a history lover, adventure seeker, architecture enthusiast, family, and so on. Some of the best things to do in Jerusalem are listed below.

Going on a Segway tour through Jerusalem is a magnificent way to explore the ancient city with modern technology. Although you may not be sure Segway tour is the right option when you start the tour but once you get the hang of it, you will love it. The Segway tours are thrilling, fun, and entertaining and when you are through with the tour, you will have ridden past some of the magnificent attractions in the city. There are lots of tour groups that offer Segway tours in the city and you can search for a tour group that has an English-speaking guide that knows in-depth knowledge of the city. There is usually a guide for every 5-10 people going on Segway tours.

Mount of Olives is filled with a wide range of churches and it also houses the oldest continually used cemetery in the world. The mount is a great place to go for religious pilgrim travelers in Jerusalem and also for tourist to enjoy mind-blowing views of the Old City. This mount is believed by many to be the place where God will start to raise the dead on Judgement Day. The Christians also believed that it is the place where Jesus ascended to heaven after he resurrects from the dead. Most of the churches in this sacred hill have a great history and some of the churches to visit are the Church of the Ascension, Church of the Pater Noster, Church of Dominus Flevit, and the Russian Church of Mary Magdalene. You should also make sure that you visit the Gardens of Gethsemane, Church of All Nations, and the Tomb of the Virgin Mary.

This zoo is a family-friendly destination and among the biggest tourist attraction in Israel. The zoo spreads over 62 acres of magnificent terrain in the south of Jerusalem. The park is dotted with an enormous man-made lake with waterfalls and side pools and it is surrounded by spacious lawns with shaded spots. The park features a wildlife savannah filled with free-roaming animals and there is a train that takes tourists around the park.

You are going to see more than 170 diverse species of animals in the zoo with most of them mentioned in the Bible. For a more interactive experience, the zoo features a children’s zoo which includes a playground and a petting corner, and a snack bar where parents can watch from afar. You should also make sure you do not miss the visitor center of the zoo which is designed in the form of an ark and houses an auditorium, computer information stations, a temporary exhibits gallery, a cafeteria, and a souvenir shop.

This museum is one of the top art and archaeology museum in the world. The museum houses more than half a million objects and it includes the largest Holy Land archaeology collection in the world. The museum was established in 1965 and it features a diverse collection that ranges from pre-history to the present and tourists can see collections such as the Dead Sea Scrolls in the Shrine of the Book. You should also make sure that you do not miss the Jerusalem Model from the Second Temple era, Archaeological Wing statuary, and the Fine Arts Wing where you will find contemporary Israeli art collections. There is also the Jewish Art and Life Wing which is another impressive collection in the museum.

Via Dolorosa is among the top destination to visit in Jerusalem for Christian visitors. It is also the highlight of the city as this route follows where Jesus Christ passed after his condemnation while he crosses towards execution at Calvary. You can go on a solo tour of this route and if you are lucky to visit during Friday, you can join the procession on this route by the Italian Franciscan monks. The Via Dolorosa route is marked with fourteen Stations of the Cross. The walk on this route will start in the Muslim Quarter of the Old City where you will then follow the street west to the eight stations till you get to the 9th station at the Church of the Holy Sepulchre. You should also make sure that you visit the Chapel of the Flagellation which was constructed on the spot where Jesus was flogged.

This cave is located about 9,000 square-meter beneath the Old City and it is among the most magnificent sites in Jerusalem. The cave was once a quarry for the enormous stones that were used to construct the Temple and its mount under King Solomon. The cave is now used as a stronghold of culture and music. You can enjoy a line of boutique performances that are hosted in the cave. The cave can also be used for mind-blowing events. The cave can accommodate about 500 people and can be used either in the day and night. The cave features diverse sitting options and it has a partially accessible entrance. You can also go on a guided tour of the cave and the secret tunnel.

The Western Wall is known as the surviving retaining wall of Jerusalem’s First Temple. It is popularly known as the Wailing Wall because the people lament for the loss of the temple in 70 AD and it is a great place for pilgrimage for the Jewish people since the Ottoman era. The Walls Promenade is a great place to go if you are a history lover and you should make sure you visit the Jerusalem Archaeological Park which is located at the southern part of the Western Wall Plaza. You should also try not to miss the western wall tunnels which will take you under the city and then back to the original city. You can also explore the Jewish Quarter Street which veers off the road into the surrounding streets and you will find interesting churches that you can visit. 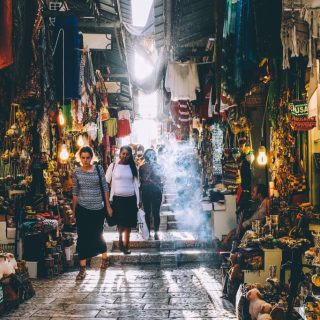 Top things to do in Jerusalem
Introduction Jerusalem is not only the capital of Israel it is also among the most popular cities in the world. The city has a rich history and it is considered to be the focal point for the three main faiths in the world which are Jews, Christians, and Muslims. Jerusalem is also among the most […]
share on: FacebookTwitterPinterest
Email
Email check failed, please try again
Cancel
previous article
Williams House – Eilat
next article
Hot Air Balloon Flight in Israel 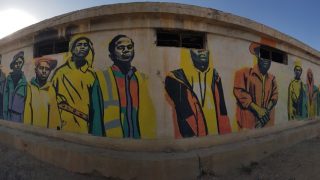 Shitim – Where the Desert Comes Alive