Special food You must try in Israel 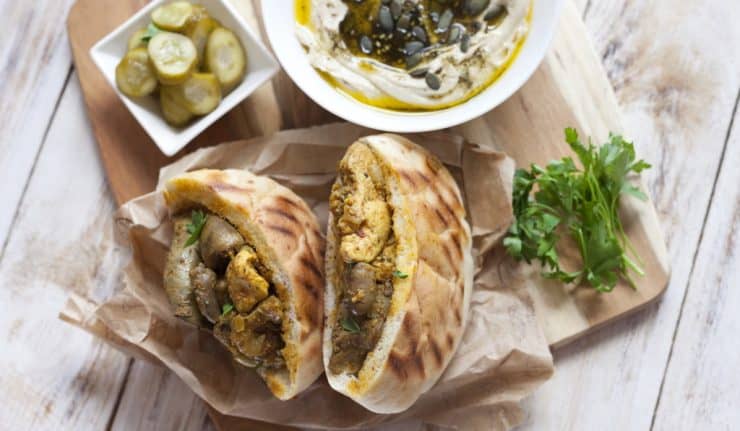 Israel is a new country with roots from the history of mankind and Was created by Jewish Refugees Who gathered from many countries.
Israeli food is a mix of tastes from all over the world, creating a unique fusion cuisine with Mediterranean touche.
We gathered a list of special dishes that must be tasted when you visit the Holy Land.

A dish made from pieces of meat fried in a pan or plancha. It is commonly prepared from internal organs such as the liver, spleen, and hearts as well as chicken breast, cooked with onions and spices such as cumin, turmeric, and more.

Jachnun
Rolled dough with margarine baked in slow cooking in a pot throughout the night is usually eaten on Saturday morning with tomato paste, originally from Yemen Jews.

Shakshuka
A dish made of eggs cooked with tomatoes, onions, and peppers, usually eaten in the morning originally from North Africa.
Click for one of the best Shakshuka in Tel Aviv!

falafel
Grounded Chickpeas deep Fried which usually come in a pita with salads, originally from Egypt.
The best falafel in Israel

Hummus
Ground-cooked chickpeas mixed with tahini and lemon juice spiced with salt and pepper.
The best hummus in Israel

Shawarma
A Middle Eastern meat dish made from various types of meat such as lamb, turkey, chicken, and beef Cooked on a rotating skewer and eating in a pita with salads and French fries.
The best Shawarma in Israel

snacks :
Bamba
A snack made from baked corn coated with peanut butter.

Bisli
A snack made by frying pasta with spices.

Malabi
Malbi is a solid pudding served as dessert, made with a basis of milk or water, with cornstarch, sugar, and rosewater extract sprinkled with coconut flakes and peanut flakes, originally from Turkey.

Sachlav
A thick hot drink based on milk, cornstarch, sugar, and spices, it is customary to sprinkle on the cinnamon, coconut flakes, and pistachios.

Kanafeh
A sweet pastry from Arab cuisine made of kadaif noodles and goat cheese. The kanapha is served with sugar syrup or ice cream. 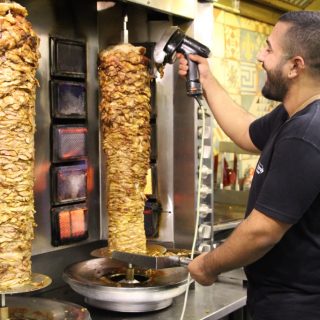 Israel’s Top 10 Shawarmas
It’s not Greece’s Gyro or Turkey’s Doner Kebab, and the Shawarma is far better. Combining the best of all worlds (exceptional meat, great salads, wonderful price-to-fullness ratio), the Shawarma stands tall as one of Israel’s top street foods. It’s highly recommended to anyone who eats meat and is prepared to not eat anything else all […]
Tags:food
share on: FacebookTwitterPinterest
Email
Email check failed, please try again
Cancel
previous article
The hottest gay scene in the middle east
next article
The Best Places to Stay in Tel-Aviv on a budget 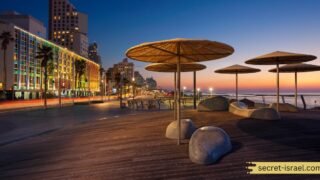 The Top 18 Restaurants To Dine in Tel Aviv

The Best Food to Try In Israel